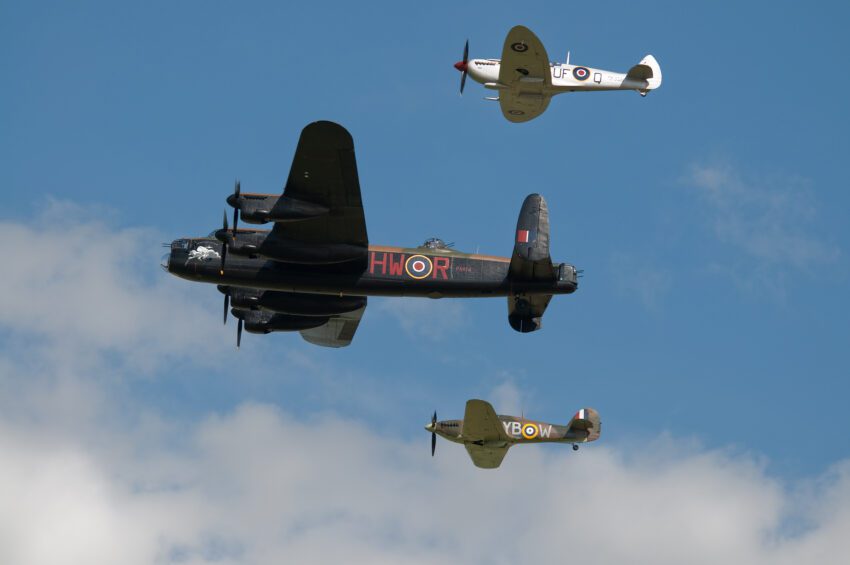 Today, 15th September, we commemorate WWII and the Battle of Britain Day.

On 15th September 1940, the German defence was given a lethal blow by the RAF. This helped to weaken the opposition and gain control of the skies in southern England. It was the biggest bombardment in the war’s history and a turning point in Great Britain’s favour.

The Luftwaffe could not recover and ultimately diminished their aircraft supply. The Germans lost around 59 aircraft, to GB’s 29.

A few days previous, on the 10th September 1940, Buckingham Palace was hit by a German bomb and then again on the 13th within the courtyard of the Palace. Despite the damage, the then King George VI and his wife Queen Elizabeth (later the Queen Mother) stayed at Buckingham Palace and spent some nights at Windsor Castle. They were determined to stay in London so that they could be with the people of England.

WWII continued until 8th May 1945 with the surrender of German forces and Victory in Europe, VE Day marking the end of WWII.

The Battle of Britain day marks a poignant time in history, and an opportunity to reflect and give thanks to those who gave so much.

You can find out more about WWII and the Battle of Britain Day on the Imperial War Museum’s website at:

and The National Memorial Arboretum, Alrewas in Staffordshire