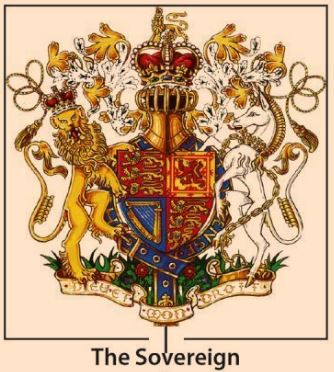 The art of heraldry has always been fascinating. I’ve bought books and taken photo’s of shields and coats of arms for many years. But only recently, through my MSc course at the University of Strathclyde, I have been studying the description of the arms, called blazoning.

Heraldry with its blazoning, is like learning another language. The official descriptions of each coats of arms, including the shield, crest, mantling, supporters and motto’s, give the identity of the arms without the need for an image. Similarly blazoning can be used to identify arms and the bearers name and Peerage.

The shield is described from the viewpoint of the person holding the shield. The Dexter side is the right side (left of the image) and the Sinister side on the left (right side of the image):

The coat of arms combines features of the shield with other images and each arms are unique to the bearer:

An individual is awarded arms either by hereditary means, traditionally given to the sons and heirs of the holder (although females can also receive arms if no male heir, and apply for their own arms). Arms can also be applied for through the Royal College of Arms in England & Wales and the Court of the Lord Lion for Scottish arms.

There is no such thing as a family coat of arms and thus it cannot be adopted just because of a common surname. There are stall holders, companies and websites that sell ‘coats of arms’ but these are not official and in no way relate to a family unless proof of ancestral links are submitted and the arms granted through the official routes (College of Arms for England & Wales and the Court of the Lord Lion for Scotland).

Similarly, companies, groups and organisations can apply for a coat of arms but these must meet certain criteria through the official routes and grants.

Royal arms are often seen on coinage and at official ceremonies such as the State Opening of Parliament.