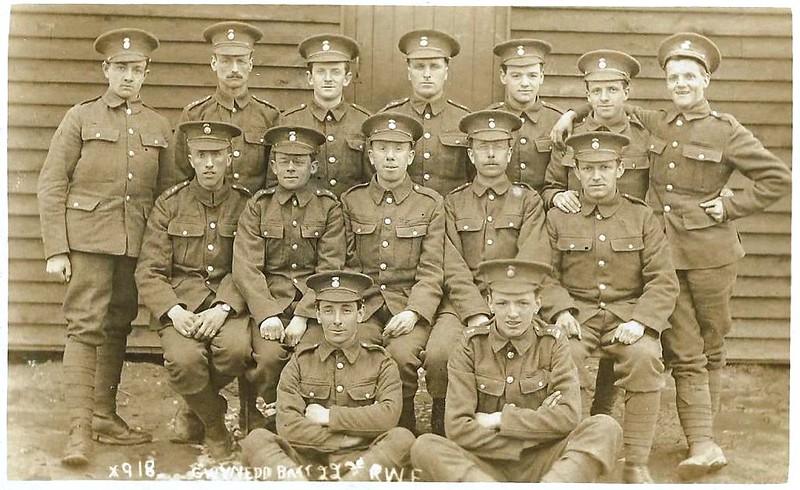 Following my recent research for my great grandfather, William, the next stage was to find his military records.

You may remember if you have been following the story, that so far, I found William in the 1921 census on service with the Army in Farnborough.

This image below shows that William was due for transfer from the Royal Welch Fusiliers in August 1922, but as his record shows, the transfer was cancelled.

Helpfully, the page has been marked as Page 45 – which led me to find William’s service record details:

XVIA (or xvia) is the code meaning that he was surplus to military requirements having suffered impairment since entry into the service. William was discharged in 1925. 1

Taking stock of what I now know, William’s movement from Farnborough to Lancashire now makes more sense. He transferred and met Nellie and they were married in 1922. Just exactly how they met would still be a mystery, but at least the reason behind the move to Lancashire has been answered.

My next task is to investigate the India story – just to recap, my grandfather always insisted that his mother Nellie, travelled to India to see William whilst he was serving in the Army. Given that in 1925 William was discharged due to ‘impairment’ as noted above in the transfer records, it must have been before this date. So, we have a potential window between 1922 and 1925 where this could have happened.

Sign up to receive regular instalments in this and other research projects, or follow me on social media:

1 Codes for military services can be found on The National Archives (Great Britain) website at nationalarchives.gov.uk

Follow the links to Ancestry, *Findmypast and *MyHeritage *affiliate links