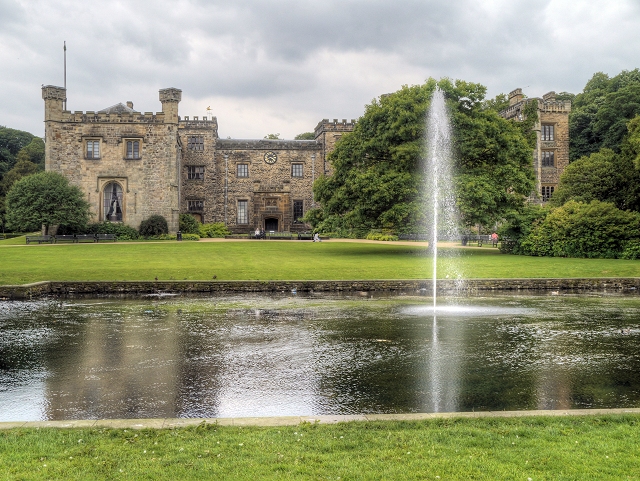 And so it begins! My one place study for Burnley. So, where is Burnley? And why complete a study for it? Here, I will update the site as my research progresses.

Burnley is a former mill town in Lancashire, in the North West of England. It borders with Blackburn in the west, the Forest of Pendle in the north and the Forest of Trawden in the East.

There have been many publications written about the town and here is my attempt to consolidate some of this very well researched and informative information into a brief timeline and further study into the occupations of the residents of Burnley and the population increase due, in main, to the weaving industry in the 1800’s.

Burnley is my birth town. My parents and most of my immediate family still live in and nearby. On one line on my paternal side, the family moved from Wales to Burnley around 1840’s to work as joiners, and my maternal side from Wales to the wider Lancashire area. However the 2 remaining lines on my paternal and maternal sides, go back to Clitheroe, (see my separate one place study page) Nelson including Brierfield, Pendle and to living in Burnley back to c.1700’s. I have an interest in the lives of my ancestors in the Burnley area and in particular, their occupations.

Incidentally, my Welsh connections on both my paternal and maternal sides, both from the Wrexham area is also another avenue I’d like to follow – my theory is that my parents are related, possibly distant cousins. But only DNA testing would prove my theory!

Early Burnley: Burnley is thought to be named from the River Brun that runs through the town. The name is believed to be derived from Brun Lea, meaning “meadow by the River Brun”, and the town is built near the junction of the river Calder and the river Brun.

In W Bennett’s, The History of Burnley1, Bennett explains that Burnley can be dated back to the Mesolithic age (middle stone age) abt. 10,000 BC. There has been evidence of hunting with sharp implements made from flint found on the moors around Burnley, and since there is no flint in the area, this material is thought to have been brought by hunter travellers coming from France. In addition, the Neolithic Age (new stone age) abt. 2,500 BC and the Bronze Age abt. 1,800 BC have produced, during both time periods, a selection of axe heads, flint tools and Beaker pottery found in Burnley and the wider Pendle area. These are currently housed in Towneley Hall in Burnley.

Landmarks of Burnley – click here to go direct to the page

It was the home of the Towneley family from the 14th century until 1902, when the house and park were purchased from Lady O’Hagan by Burnley Corporation for use as an art gallery and museum. The park extends to 284 acres and provides facilities for golf, pitch and putt, tennis and other field sports. There is a cafe in the grounds along with a menagerie of animals, and of course, lots of squirrels and birds.

I remember as a child, visiting Towneley Hall and seeing a huge black bear encased in glass at the top of the stairs. It is still there today and is said to be watching over everyone who enters!

Another great house in Padiham, on the edge of Burnley, is Gawthorpe Hall.2 This was the home of the Shuttleworth family who were in residence between 1600 and 1967. The name Gawthorpe is said to derive from gaukr (Old Norse) which means cuckoo and thorp, a hamlet or farmstead.

There are lots of other large houses in and around the Burnley area; Reed Hall, Burnley House, Hufling Hall, Hawksclough Farm House, Scaitcliffe Hall (Todmorden), along with many listed buildings such as farm houses, public houses, cottages and mills.

1 thought on “Burnley – A One Place Study”